Plot:
❶The story follows the characters of a TV journalist, Susan Allison (Hewitt), working on a profile of a woman, Caroline Thomas (White), whose husband naval aviator Lt.(Lieutenant : 中尉) Neil Thomas was declared MIA (Missing in action : 戦争行方不明者) sixty years ago during World War II. Susan immediately clashes with Caroline’s grandson, Lucas Thomas (Faris), when he overhears her referring to the potential story as a fluff piece (羽毛のような), rather than the very personal story it is, since she herself doubts if pure and true love exists.

❷She apologizes, and manages to start the interview and starts spending time with both Caroline and Lucas. Her developing friendship with Lucas makes her have doubts about her relationship with her almost fiance, Andrew Hawthorne, a photographer who is frequently absent overseas.The interview with Caroline reveals that for sixty-six years she has had no information about her husband from the Department of the Navy. She tells her story about how she and her husband met in 1943, married, and then renovated a house they had bought from her uncle (which is where Caroline still lives).

❸After a year, and despite a child forthcoming, Neil felt he should help his country more than just acting as a training officer, so he went into combat. Their last moments together were at the Union train station, where she handed him a handmade valentine professing her everlasting love, as he departed on a train.

❹Caroline remained strong, and sent many letters to Neil. After that Caroline stopped receiving letters. Caroline, along with the entire neighborhood, dreaded(恐れた) the times when a Western Union deliveryman arrived in the neighborhood with a yellow telegram, since this meant that someone’s loved one was reported to be dead or MIS.

❺Eventually, the moment where Caroline received one came, but the telegram stated that her husband was missing in action, so she refused to believe that he was dead. Since then Caroline has returned every year on Valentine’s Day to the same train station to wait for him.

❻With the help of a United States Senator who puts pressure on the Navy, they locate the Billings family, whose now deceased father Jeff was a gunner (射撃手) on Lt. Thomas’ airplane. From a surviving letter by Jeff to his wife we hear the account of the crash (不時着の経緯) and of Morang, a Filipino guerilla, who rescued two wounded crash survivors.

❼Susan turns to Andrew for help because he still has connections to the Philippines where Lt. Thomas was last seen alive. Putting past hard feelings over his breakup (失恋) with Susan aside, Andrew manages to locate the elderly Morang in the Philippines and sets up a video conference between him and Caroline.

❽The story of the fate (運命) of Lt. Thomas, Morang says, is that he was badly wounded, but insisted his more seriously injured gunner, Jeff Billings, be evacuated first.When Lt. Thomas had recovered, he joined the Filipino guerillas and fought the Japanese deep behind enemy lines. During a patrol, Lt. Thomas was killed by a Japanese sniper while selflessly (無私無欲で) trying to rescue a little boy. Morang reveals he knows where Lt. Thomas’s body is buried.

❾The U.S. Navy goes to the grave site and returns Lt. Thomas’ remains and personal effects to the United States.In recognition of Lt. Thomas’s bravery, courage, and meritorious service, he is to be posthumously awarded (死後表彰) the Navy Cross, Silver Star and Purple Heart. On Valentine’s Day Lt. Thomas’s coffin (棺) is returned to Caroline at Union Station by the U.S. Navy with full military honors.

➓Caroline is cheered when Lucas and Susan begin a romantic relationship. The film ends with Caroline, who has found peace and closure, seeing that the rosebush (バラの木) Neil had planted long ago in their garden has a new single bloom, the first in a long time, signaling long-lasting love, as she remembers her romantic moments with Neil in the same garden. 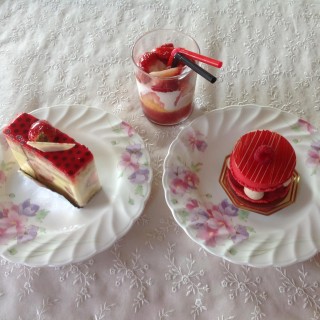